La Jolla is an incredible place to view nature, consume art, and go to the beach, but it’s more than just a great vacation spot! La Jolla actually has had many famous residents that made a big difference in La Jolla and in the world. 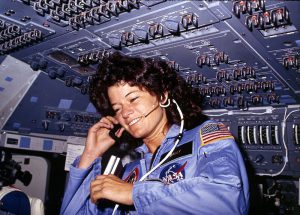 Sally Ride lived in La Jolla for several years until her death in 2012. She really knocked a lot of records out of the park, as she was…

She was also a physicist for much longer than she was an astronaut and taught at UCSD from 1989 to 2007. She was also a big advocate for making math and science more accessible and exciting for kids with Sally Ride Science. Ride was gay and never hid her relationship with her partner, but the general public only became aware after her obituary referenced her partner. She continues to be a role model for LGBT+ people in science, inspiring others to work through hostile environments.

Fun fact: Musician and MOONLIGHT star Janelle Monae has a song named after Sally Ride, where she describes escaping into outer space. Also, Ike’s Place in Hillcrest has a vegan sandwich named in her honor. 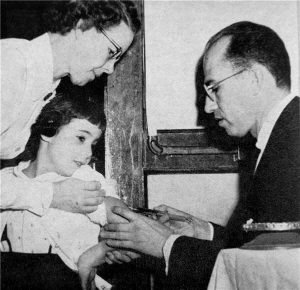 During the mid-1900s, Salk and his University of Pittsburgh laboratory researched and finally developed the polio vaccine by 1955. Jonas Salk is probably best known locally as the namesake of the gorgeous Salk Institute.

However, not as many people know he actually founded it in 1960 (the same year UCSD was founded)! There he established a biological research community that brought in researchers and projects and kicked off UCSD’s reputation for biology. In the years before his death in 1995, he worked on finding a vaccine for HIV, which scientists are still working on today. 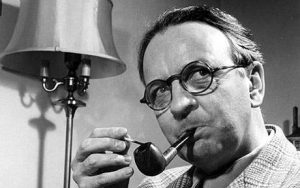 Raymond Chandler was a huge literary figure in the 20th century, mainly known as the perfecter of the then-young “hardboiled” detective fiction genre. He lived in La Jolla from 1946 until his death in 1960, during which he wrote The Long Goodbye, considered to be an American classic. Known for his characterizations of Southern California and unprecedented use of simile and metaphor like “It was a blonde. A blonde to make a bishop kick a hole in a stained glass window” (Farewell, My Lovely) Chandler had a huge impact on the hardboiled detective genre. Chandler continues to be an inspiration to authors of many genres, including internationally bestselling author Haruki Murakami (Kafka On the Shore).

Gregory Peck, a movie star best known for his depiction of Atticus Finch in To Kill a Mockingbird, played an important role in La Jolla as a co-founder of the La Jolla Playhouse in 1947. Dorothy McGuire, Mel Terrer, and Peck created the award-winning La Jolla Playhouse with the intent of supporting theatre as a platform for expression and experimentation with political, social, and moral subjects. Since then, it has brought many actors through La Jolla (including not-yet stars like Billy Crystal) and hosted many productions that later shone on Broadway. Though the La Jolla Playhouse predates UCSD, the Playhouse has made it easy for UCSD students to attend shows and broaden their perspectives with reduced prices.

Margaret Burbidge is a major figure in contemporary astronomy whom La Jolla has been lucky enough to have researching at UCSD. She began working at UCSD as professor and researcher in 1962, and continues her research to this day. Burbidge broke down the gender barrier that excluded female astronomers from working at the Mount Wilson Observatory in 1955, after secretly working there for 10 years undercover as her husband’s assistant. She also became the first female president of the American Astronomy Society and the first female director of the Royal Greenwich Observatory. Her work makes up a good portion of the foundation for contemporary astronomy, as she helped discover nuclear reactions in stars, and worked on the spectrograph for the Hubble Telescope. 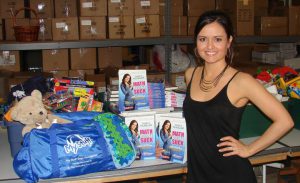 Did you know that Danica McKellar was born in La Jolla? She spent her childhood, up until she was 8, hereafter which she moved to L.A. After achieving fame playing the beloved character Winnie Foster in The Wonder Years, she became a math whiz, graduating summa cum laude from UCLA with a B.S. in Mathematics from UCLA, co-authored academic paper and has a math theorem named after her: Percolation and Gibbs states multiplicity for ferromagnetic Askin-Teller models on Z2.  Since then, she has written a series of books targeted at teens to make math more approachable for girls and offset the gender gap in math education. McKellar has also guest starred on How I Met Your Mother,The Big Bang, and was cast on the Netflix original Project Mc^2.

The Comedy Club in San Diego actually started in South Pacific Beach, where it opened in 1976. In 1977, Mitzi Shore moved the Comedy Store to La Jolla, where she designed it as a sort of “paid vacation” for the comics who were then working at the other Comedy Club in Hollywood. The Shores spent a lot of time in La Jolla and Mitzi fully took over the Comedy Store in the Shores’ divorce in 1974. She developed the Comedy Store into a larger improv venue for touring comedians to come gain experience, and often works alongside her son (now a comedian), Pauly Shore. The Comedy Store is still very much a central part of the La Jolla entertainment and nightlife scenes.