La Jolla has been a resort town for decades, attracting visitors from all over the country with its allure of sparkling ocean waters and essentially perfect climate. In 1894, the railroad line was extended to La Jolla from the heart of San Diego, making access to its beaches even easier for locals and visitors.

La Valencia’s iconic pink hues and Spanish flair became a part of La Jolla’s history in 1926, when it first opened its doors as an apartment hotel. While its first name, Los Apartmentos de Sevilla, was not widely used, the new locale was designed to integrate the finest elements of various styles of the Spanish school of architecture.

Officially named La Valencia in 1928, the iconic hotel survived the Depression and quickly became a favorite among locals and Hollywood stars alike. And during World War II, because of La Jolla’s proximity to San Diego, La Valencia Hotel was very much a part of the war effort – locals spent long hours perched in the windswept tower scanning the skies and seas for enemy planes or ships.

The pool was built in 1950 with the gym, sauna, putting green and shuffleboard court put in shortly afterwards. The owner acquired Hotel Cabrillo (located next door) a few years later, increasing the number of guest rooms to 100. The old Hotel Cabrillo actually still stands today as the hotel’s West Wing.

The Hotel Cabrillo was designed by famous architect Irving Gill and constructed in 1908 under the supervision of James A. Wilson. When When it opened in 1909, it was considered a landmark achievement; with commanding ocean views and luxurious accommodations, it was the first hotel on the Pacific Ocean north of the Hotel Del Coronado. Four steam and motor trains stopped near the hotel each day, making it an easy destination for guests until it was bought by La Valencia in 1956. 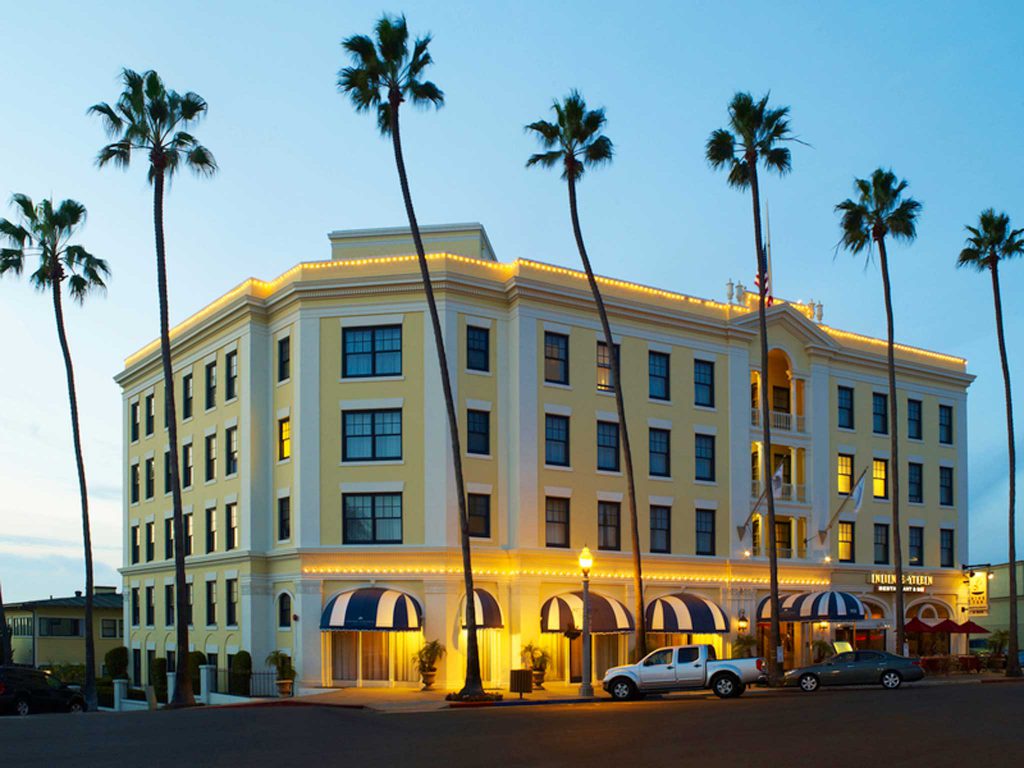 The Grande Colonial is La Jolla’s oldest original hotel. The original Colonial Apartments and Hotel, as it was known when it opened in 1913, was designed by Richard Requa, the master architect of the California Exposition in Balboa Park. That old Colonial Hotel, a wood framed structure located on the corner of Prospect and Jenner streets, was moved down the street to the rear of the lot – where it still stands and is used today.

The owner of the property, George Bane, chose to build a new hotel out of concrete that would “rival anything in the west.” Completed in 1928 and boasting 28 apartments and 25 single hotel rooms, it was the first fireproof hotel to be built west of the Mississippi.

Fun fact: when it first opened, the Grande Colonial was only charging its guests $1 per night! 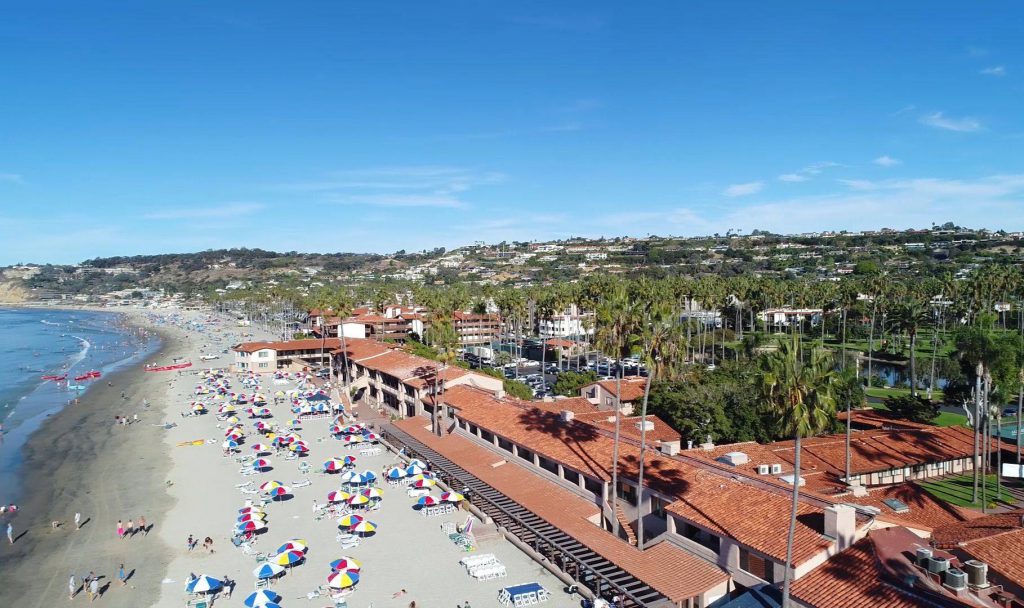 The Club originally opened in 1927 as the La Jolla Beach & Yacht Club; in 1935, Frederick William Kellogg (known as F.W. Kellogg) purchased the property with visions of an oceanfront resort that would attract people from all over the country.

Kellogg broadened the Club’s appeal by changing the emphasis to that of an exclusive oceanfront tennis resort. He built four tennis courts and a swimming pool, and promptly renamed the resort the La Jolla Beach & Tennis Club. To attract out-of-town guests, he constructed the “Beach Club Apartments” at the south end of the property.

After his death in 1940, his son William Scripps Kellogg (known as W.S. Kellogg) took over the hotel’s management. Under his watch, the resort quickly became a vacation destination.

Up until the early 1980s, W.S. Kellogg was still a familiar sight at the Club, taking children for rides on the beach in a 1915 Packard, known affectionately as the “Old Black Goose.” Children who rode in the convertible became members of the Old Black Goose Club, swearing an oath to never become litterbugs. Today, locals will often see W.S. Kellogg’s grandson behind the wheel – and children still take the oath after each ride, patrolling the grounds to pick up litter!

The historic La Jolla hotels were what drew the Hollywood stars to its shores by the mid-1930s. Initially, celebrities simply came to La Jolla for relaxation and retreat; but by the 1940s and 1950s, Hollywood stars began creating and producing plays at The Summer Playhouse, located in the auditorium of La Jolla High School – which is today known as the incredible La Jolla Playhouse!