Long before there was the Hotel del Coronado, Hollywood, or Disneyland, Southern California was home to an indigenous population of people known as the Chumash. Researchers have uncovered many clues about the lifestyle of the people that lived along the southern coast. One thing scientists have not fully uncovered, however, is where those indigenous people came from. The original assumption was that thousands of years ago, they migrated from Asia via the glacier ice cap before it melted. 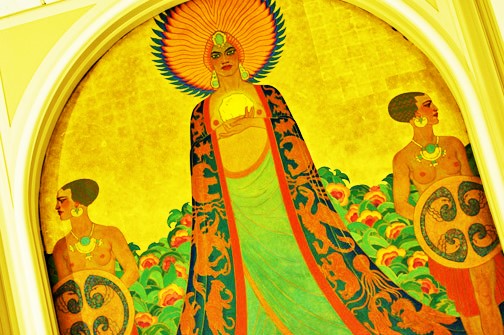 An obvious approach to unveiling the history of a state is to look at what the settlers named the state. When Spanish explorers first came to the coast, they named the place after a Black Amazon woman named Queen Calafia. She was the queen of an island called California, in a fictional novel that was popular in those days. This fact gives some insight as to how the natives looked. Finding clues as to where they came from, however, is a much more complicated assignment.

One might wonder how it is possible to link a modern group of people to a tribe from hundreds or thousands of years ago. This has been a challenging task for researchers for some time now. Fortunately, new technological advances have enabled scientists to gain more insight into the migration of native Californians. The most powerful advance in science is DNA testing. Testing the DNA on a fossil is difficult, but not impossible. Once the DNA of a fossil is abstracted, it can be compared to the DNA of a living person. Once a match is found, then the living person has an idea of where their ancestors came from.

One group of native Californians is the Chumash tribe. Although there are no longer any full-blood Chumash people left, modern DNA testing – much of which is being done with home kits like those reviewed at YourDNA – links the remaining descendants to earlier natives in the Americas. Recent studies have shocked the Chumash culture by showing that the migration of these people came from the Alaska area instead of Asia. The DNA tests showed strong matches between a fossilized jaw bone found near Alaska and Chumash people living today in California.

The remaining people of the Chumash tribe were surprised to learn that their roots are now being traced back to somewhere that is thousands of miles away from where they have been for multiple generations. These groundbreaking studies challenge everything scientists have thought about the origin of Native Americans who once lived in Southern California. Not to mention, the Chumash tribe, through DNA tests, have now learned that their ancestors and current relatives could very well be all along the coast of this continent. This discovery would not have been possible without DNA tests.

Learning this new information about where the Chumash culture started gives researchers a new area to look into in regards to human migration worldwide. While this newfound evidence does go against the theory of an eastward migration, it does support the theory of mankind having a common ancestor. None of this evidence is 100 percent proof of anything, but it does point scientists in the right direction. Also, it gives us a better understanding of cultural origins and why they have so many similarities. As more of these tests are done we can expect to have more light on who came from where.