Torrey Pines State Reserve, nestled in between Del Mar and La Jolla, is well known for its beachside network of trails and walking paths. There are six different trailsto explore throughout the Reserve, and one (the aptly named Beach Trail) takes hikers directly down to the beach, where they finish off the hike with a nice stroll.

There is plenty to see within the Reserve itself, however; in the spring, colorful wildflowers dot the hills, and you’re likely to see at least one or two creatures during your hike as well as the rare Torrey Pine tree itself. Here is some of the most interesting wildlife you might spot on your next Torrey Pines hike! 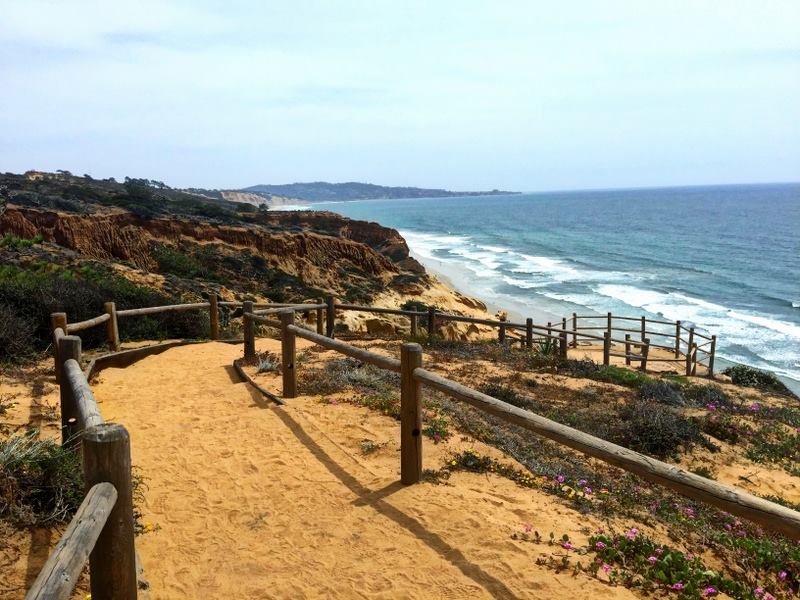 California Ground Squirrel and Cottontail Rabbits are the most common mammals that visitors see at the Reserve — both are relatively tolerant of humans and relatively active during the day. The larger black-tail jackrabbit can be seen in the more open areas near the lagoon and in the flatlands. Most of the other animals are nocturnal and will be seen in the early morning or late afternoon as they begin or end their nocturnal movements. Skunks, raccoons, opossums, weasels, pocket gophers, gray fox, and coyotes have also been spotted; so it’s always good to keep an eye out!

The mule deer is more secretive and is rarely seen by visitors. Do keep an eye out for gray fox and raccoon tracks, as these are the most common in the Reserve. 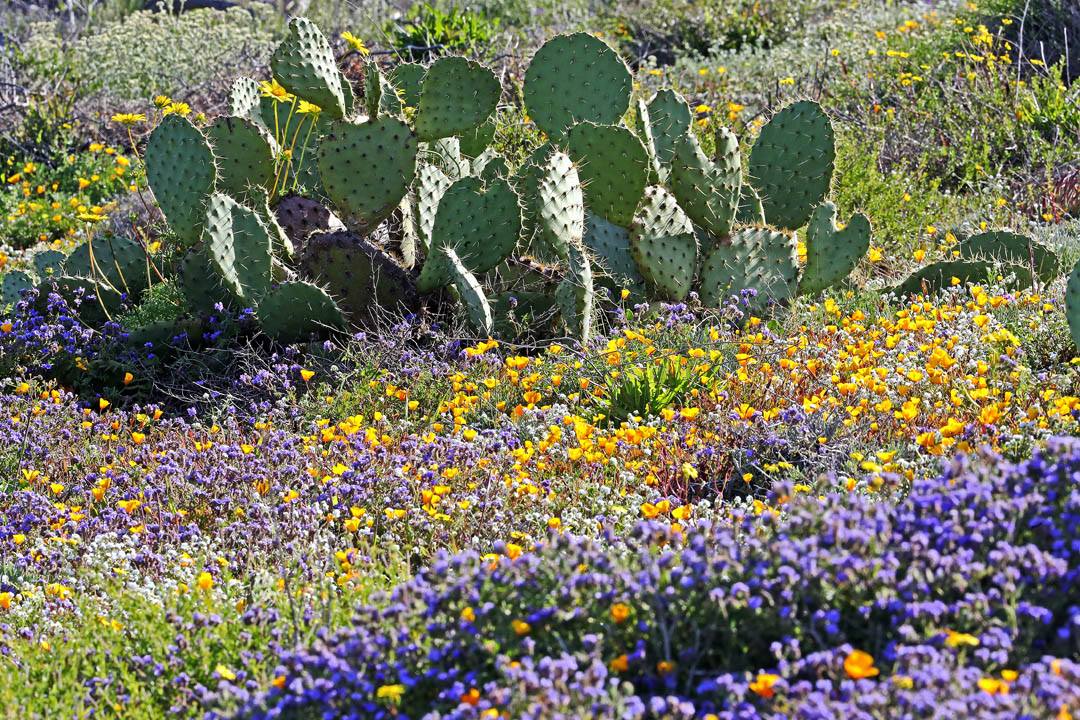 If you’re a plant lover, Torrey Pines has you covered! The wide variety of native plants are some of the most unique and interesting things to observe at the Reserve. Because it’s such a protected area, the plant life has had the opportunity to grow wild; springtime makes for a beautiful landscape, especially with the abundant wildflowers and colorful cacti. Here are the types of plant communities you’ll see:

Most notable as you walk through the Reserve are the different cacti (prickly pear is the most common), which occasionally sport beautiful blooms. Keep an eye out for these on your hike!

Spend the day at Torrey Pines with our itinerary! 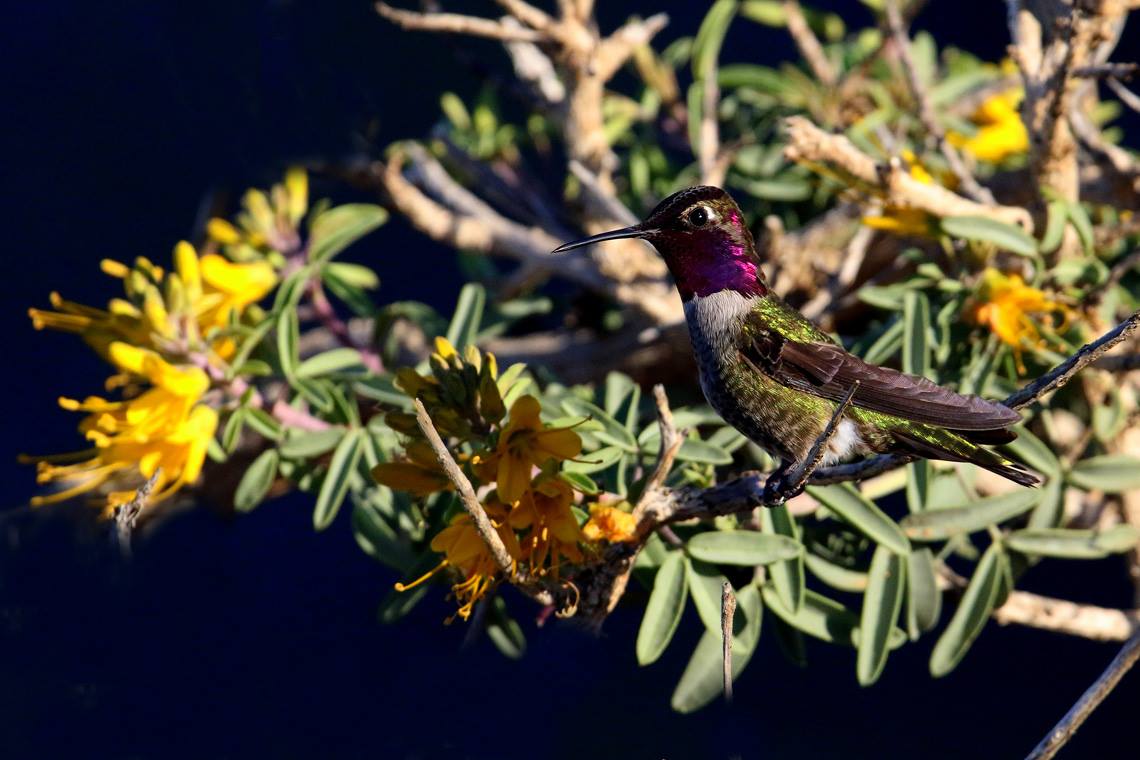 Of all the wildlife you might see on your Torrey Pines hike, you’re most likely to see a bird; fluttering in and out of the scrub brush and landing on tree branches overhead. Here are some of the more common species that people report seeing:

Red-tailed Hawk: Wingspread is about four feet, and it soars in a circular pattern; round white tail with a reddish tinge; light-colored breast, broadband of streaking across belly; nest is a platform of sticks in trees.

Scrub Jay: No crest on the head; head, wings, and tail are blue; back is pale brownish; often flies down slopes in long shallow curves.

Wrentit: Long rounded, slightly cocked tail and streaked brownish breast, with a white eye; nest is a compact cup in a low bush. 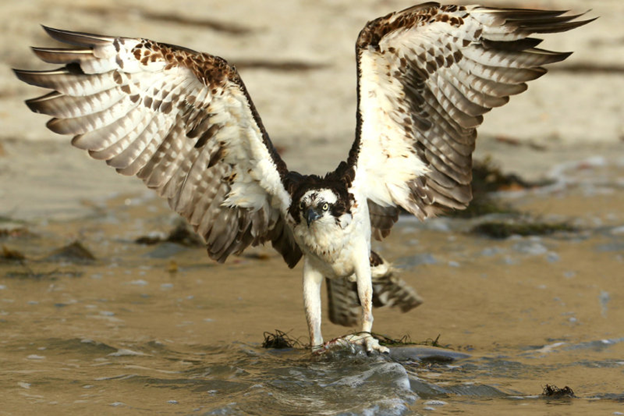 Mourning Dove: Pointed tail bordered with large white spots; brown, slim-shaped body; nest is a flimsy twig platform in a tree, shrub, or on the ground.

Common Raven: Larger than a crow, the raven has a wedge-shaped tail and is not inclined to fly in flocks like crows. These birds are commonly seen soaring on the updrafts along the beach cliffs and in the canyons of Torrey Pines. They are acrobats and sometimes perform barrel rolls!

Osprey: The Osprey measures about two feet in length and has a wingspan of nearly six feet. It may log more than 160,000 migration miles during its 15-to-20-year lifetime. The name osprey may derive from the Latin for “bone-breaker”— ossifragus.

Red-Shouldered Hawk: This hawk has strong black and white bands on its tail, and rusty undersides. In flight, a translucent “window” can be seen at the base of the primary feathers on the wing. 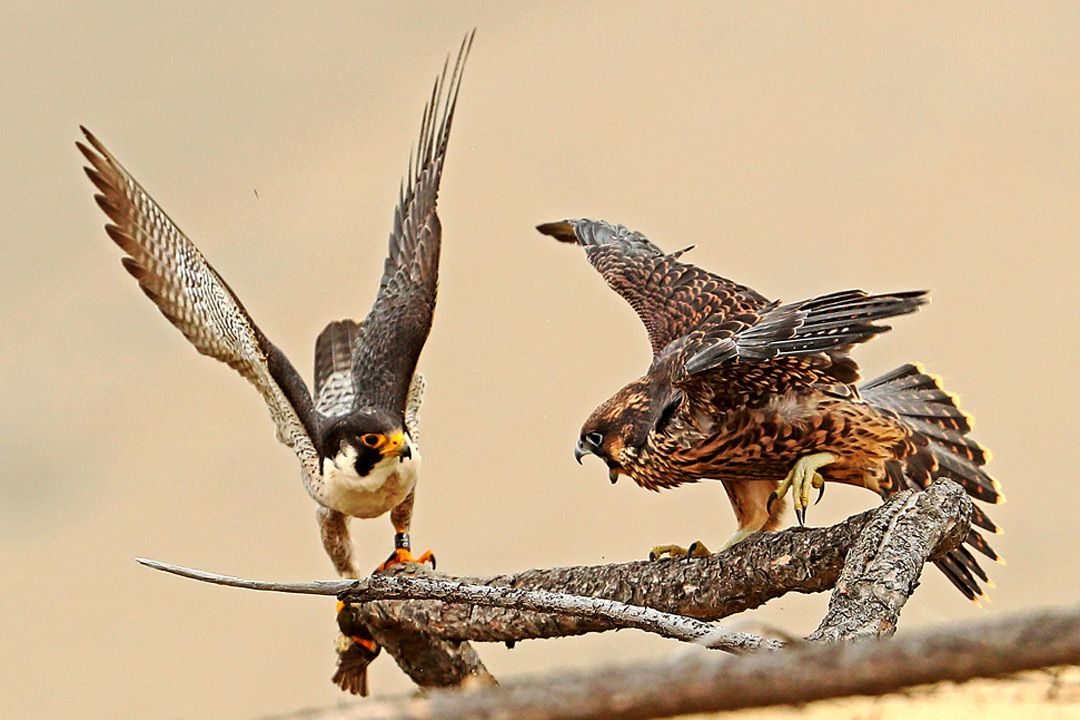 This year, the Reserve has four fledgling peregrines on site! They are the result of a successful mating between two peregrine falcons that have been nesting in the cliffs for years.

Fun facts: the peregrine falcon is the fastest animal in the world – when in a dive, it can reach over 200 mph! Slow and clumsy birds in flight, namely ducks or pigeons, are their favorite prey. When hunting, the peregrine dives, creating a fist with its talon.