We’re officially in the throes of the holiday season, and New Year’s Eve in San Diego is right around the corner!

If you’re looking to get out and about for NYE this year, there are plenty of fun events, parties, and happenings going on around San Diego County – from epic hotel parties in the Gaslamp Quarter and downtown to casual craft beer dinners and everything in between.

Here’s our roundup of the best New Year’s Eve events in San Diego this year!

Ring in 2020 at one of the biggest parties in San Diego!

The 16th annual Big Night NYE is back with an all-inclusive extravaganza, including unlimited drinks all night, a buffet, and live entertainment at ten different party zones (with eight dance floors) throughout the hotel. Guests are free to roam – beverage in hand – from party room to party room, from the Retro Zone to the Club Zone and the silent disco. About a dozen popular bands and DJs will be playing throughout the gala’s many party areas all evening.

At midnight, celebrate with exclusive party favors and a big countdown.

Tower 23 in Pacific Beach is a fun lifestyle hotel situated right on the beach.

This year, make your way there to pop, sparkle, fizz, toast, and sip as you ring in the new year!

Dine before you dance with dinner at JRDN (there are two seatings, at 5:30pm and 8:30pm), then enjoy live music and sets from local DJs starting at 10pm.

Stay overnight with an exclusive discount hotel package, and enjoy a special New Year’s Day brunch the next morning until 3:30pm! 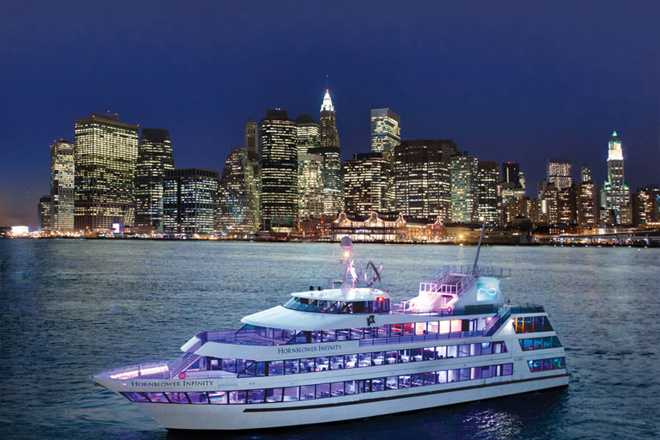 This NYE, head to an Old Hollywood-themed Hornblower cruise!

This special night will include a fun four-hour cruise around the San Diego Harbor, and feature plenty of free-flowing champagne, a five-course gourmet seated dinner, a live jazz band, New Years Eve party favors, and of course, incredible views of the San Diego coastline!

The High Spirits, built in 1929, is a beautifully restored classic motor yacht that’s going to be decorated in the spirit of Old Hollywood this New Years Eve. The upper deck offers a bar and dining room with breathtaking views, making the High Spirits perfect for a themed celebration.

Be sure to wear your best black and white ensemble as you step back in time and are swept away by the glitz and glamour of yesterday and a night of fun on the water.

Ring in the New Year at The World’s Greatest Legend, a once-in-a-lifetime celebration with dazzling star attractions and awe-inspiring performances at the Hotel Del Coronado.

The oceanfront Ballroom will transform into a lavish big top, complete with black tie-clad aristocrats, a delectable five-course feast, open bar, and dancing to the sounds of the Mighty Untouchables. Kick the evening off with Cocktail Hour in the Crown Room from 7pm-8pm, then head to the Ballroom at 8pm for an extravagant dinner, live performances and music, and dancing until 1am.

For an extra special experience, be sure to book a room at this world-famous hotel and cap off your evening in style! 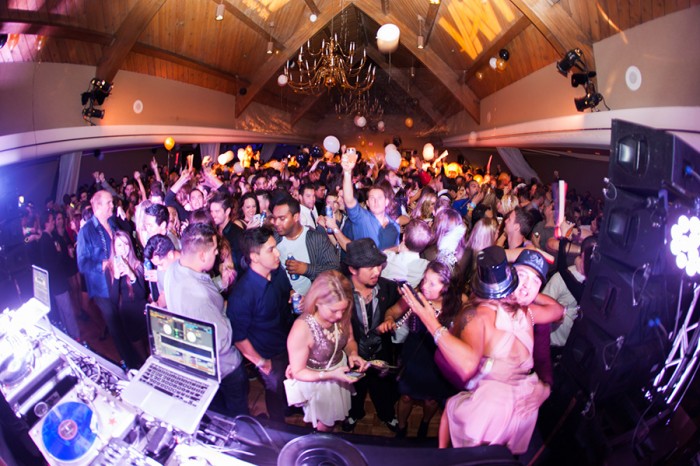 For a five-star evening, upgrade to the VIP Party Boat and cruise around Mission Bay on the William D. Evans. Aboard you’ll find multiple decks of music, two open bars, a dance floor, and casino games, all in addition to the fun inside the Catamaran.

Go all-out on the last night of the year with an extravagant affair at Stone Brewing World Bistro & Gardens Liberty Station!

Your $99 ticket includes three drink tickets, light bites throughout the night, a celebratory toast pour at midnight (with souvenir tasting glass), two dance floors and live music from DJ Tropixx, a cigar lounge in the movie courtyard, speakeasy room, interactive photo booth, and a midnight countdown and ball drop. Group packages and discounts are available for parties of nine or more.

Celebrate the new year in style at the Maritime Museum!

Located directly on the San Diego Bay, guests can spend a gorgeous and exciting night in one of the most unique venues in town. The event center located on the historic 1898 Steam Ferry Berkeley will be transformed into a classy lounge, complete with live music and dancing from the era, a 30’ candy and dessert bar, photo booth, party hats and favors, appetizers all night, and a complimentary champagne toast at midnight.

Be sure to reserve your tickets early.

The biggest New Year’s Eve bash in the Gaslamp Quarter returns this year with Kid Ink and live DJ Pauly D at the Hard Rock Hotel.

This year, experience a festive journey to the world’s most epic party cities, including Beijing, Los Angeles, New York, Giza, and Mykonos to ring in 2020.

Don your holiday finest and celebrate until long after midnight on three hotel levels and five totally decked-out party rooms.

A limited number of Hotel Room Packages are available this year, and include two party tickets and a one-night hotel stay.

Head to Parq Restaurant and Nightclub this New Year’s Eve to dance the night away and bring in 2020 in style!

Toast to the new year in an expansive venue featuring 35,000 square feet and two nightclubs as part of a five-room opulent experience. Wander through each room, listening to multiple DJs and enjoying five distinct musical experiences to ring in the New Year.

Parq Restaurant and Nightclub is located in downtown San Diego in the Gaslamp Quarter.

Level up your New Year’s Eve!

Your top-to-bottom evening will include unlimited drinks and food all night, party favors, a New Years Eve countdown, and live music from various DJs in the lobby and on the 22nd floor. Guests can roam between the San Diego skyline lounge and the lobby all evening long at this epic downtown San Diego hotel party!

Have kids in tow? Check out our kid-friendly New Year’s Eve events in San Diego!