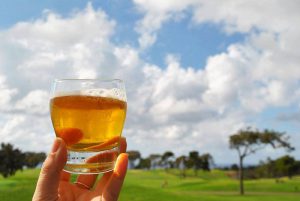 There is no seriously no better location for the closing event of San Diego Beer Week than the Arroyo Terrace of the Lodge at Torrey Pines right here in La Jolla! The Beer Garden will bring together the best of San Diego’s breweries and local chefs to celebrate the craft beer movement. With 28 different breweries paired with 14 chefs, the Beer Garden is a uniquely San Diego food and beer pairing event. The Beer Garden will take place on Sunday, November 12th from 12pm-3pm. Each admission includes unlimited tasters of beer and food. General admission tickets are $85.

San Diego Beer Week, which is hosted annually, is a ten-day countywide festival that puts on numerous events throughout San Diego at various venues. This year, it will be held from November 3-12, and will kick off with 17 different tastings/events on November 3rd alone! Check out the rest of the calendar and event schedule here.

Now the important part – here are all of the participating breweries and chefs at this year’s Beer Garden! Each restaurant will feature a chef plus two brewery pairings. 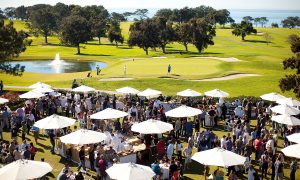 This is definitely going to be a great event, especially if you’re a fan of beer and good food! Don’t miss out on this or all the other San Diego Beer Week festivities happening in November.