The fifth of May has come to be known as Cinco de Mayo in many places besides its country of origin, Mexico. When the Mexican army beat the French army in a battle on May 5, 1862, it was very unexpected. They celebrated their win victoriously, and this celebration became tradition. Join in by visiting local restaurants and festivals sporting Mexican cuisine, drinks and more! 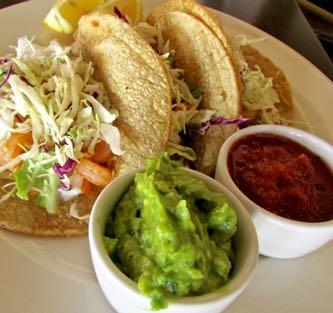 From as early as 10 am to late at night, come to Jose’s for magnificent margaritas and killer cuisine. Because this spot has become so well known in the community, the restaurant usually rents out an extra parking lot and has live music to really kick the party up!

Alfonso’s of La Jolla has all type of Casa Specialties like Steak Ranchero, Pescado Veracruzano, Puerto Nuevo Lobster Tail and Tamales Del Norte…plus all the other classic staples like quesadilla and burritos.

And don’t worry about lack of beverages, there are several margarita options here.

For catering your own party:

Bring the party to you and host your own Cinco de Mayo Bonanza. With all the decorating and party details, we suggest letting Porkyland take care of the catering. This restaurant makes amazing food such as enchiladas and carnitas. Best of all? They can deliver it straight to your house.

The All Hallows Catholic Church is hosting a sweet Mexican dinner along with coronas and margaritas all Hallows style for only $15! (As its for a younger adult demographic, must be between the ages of 21 and 39 to attend).

For a Full Blown Festival: